My Mom grew up on a farm in rural Arkansas during the Depression, one of four children. She attended school in a one room schoolhouse and went on to graduate high school but her family did not have money for her to go to college.

During World War II while living in Little Rock, Arkansas she met a soldier, fell in love and married. They only had a couple of weeks together before her husband’s unit shipped out for overseas duty. Tragically the ship he was being transported on was torpedoed and he died on Christmas Day 1944.

Later, she became friends with another soldier who had known her husband and they eventually married. After the war, they ultimately made their way to Lima, Ohio, where she proudly raised six children.

I was the oldest of those children and enlisted in the U.S. Navy during the Vietnam War. Throughout my 26 year Navy Career mom was always supportive, encouraging and proud of my accomplishments.

I inherited her gentle nature and easy going way but from her I learned a strong work ethic, loyalty, tenacity, and moral values. She passed away in 2013 at the age of 87 and I will always miss her. 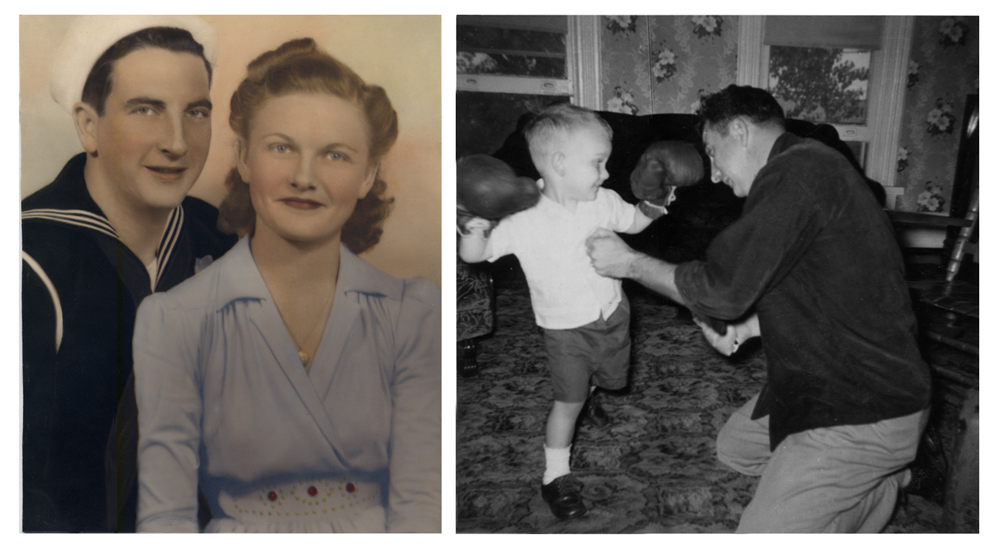 Dedicated to my Dad and Mom

My dad was on three PT Boats durning World War II stationed in the Pacific, and my mom followed him when she could to the West Coast when he was on leave, and work on efforts to support our side of the war.

My dad and mom never talked too much about times during the war, therefore the facts are as I recollect from conversations when they were not talking French (which meant, when I was not to understand the conversation).

Having stated this, as I recall my dad was on three PT Boats, I believe all destroyed during fighting in the Pacific and believe he was radioman (in charge of radio and telephone communication for the crew).

One of the PT boats my dad was on was PT-73, the same boat number as used in McHale's Navy, although since my dad weighed in the upper 90 pound range, it would have been unlikely the show followed true script.

Although my parents were born in the United States, because of my mom's hair color and eye, she was always questioned and thought to be German, especially on the West Coast when she would met my dad (a fact one rarely hears of nowadays, that many more were under suspect i.e. “roundup the usual suspects”).

The photos included are:

(Left) a restored and colorized photo I reconstructed of my Dad and Mom during World War II, and (Right) Dad and Me boxing in Chicago in the 50s.

(Below) a restored and colorized photo I reconstructed of my wife Judy's Dad and his Marine Scout Bombing Squadron 232 during World War II. 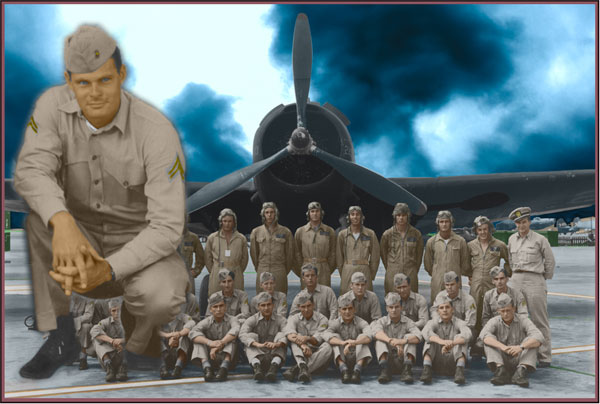 Dedicated to my wife Judy's Dad and Mother

Thomas Mitchell was a tail gunner in the Pacific during World War II. Note: a shadow of one member of the squadron, that appears as a ghost was not added.