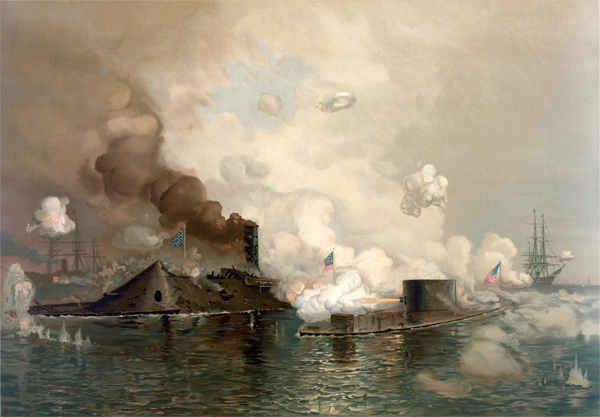 Battle of the Ironclads: During the American Civil War, the CSS Virginia, a captured and rebuilt Union steam frigate formerly known as the Merrimac, engages the USS Monitor in the first battle between iron-fortified naval vessels in history.

The Confederate navy’s addition of iron plates to the captured USS Merrimac steam frigate temporarily made it an unstoppable force in the disputed waters of the Civil War. After seeing the Merrimac in action, the Union navy constructed its own ironclad, the USS Monitor. On March 8, 1862, the Virginia attacked a Union squadron of wooden-hulled vessels in Hampton Roads off the Virginia coast. The USS Congress, a frigate, and the USS Cumberland, a sailing sloop, were easily sunk by the Virginia, which suffered no noticeable damage. Late that night, the USS Monitor arrived in the area. With its deck nearly at the water level, the Monitor had an unassuming appearance, but it was a formidable match for the Confederate ironclad.

On March 9, the two vessels engaged each other, and both the Monitor and the Virginia suffered direct hits that failed to penetrate their iron shells. Finally, after four hours, a cannon blast from the Virginia hit the Monitor‘s pilothouse, temporarily blinding the ship’s captain, Union Lieutenant John L. Worden. The Virginia was thus allowed to escape to Norfolk, Virginia, and the Battle of the Ironclads ended in a draw. Two months later, the Virginia was trapped in Norfolk by advancing Union forces, and its Confederate crew blew up the fearful vessel rather than allow it to fall into Union hands. History Channel / Wikipedia / Civil War.org / Monitor Center.org / Britannica Encyclopedia / National Oceanic and Atmospheric Administration - NOAA.org / Battle of the Ironclads (YouTube) 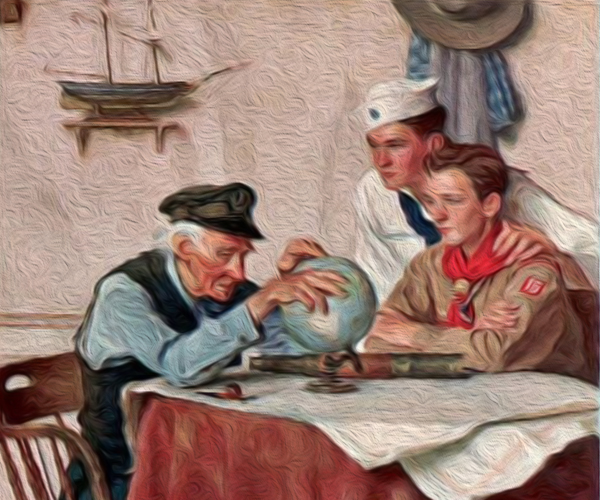 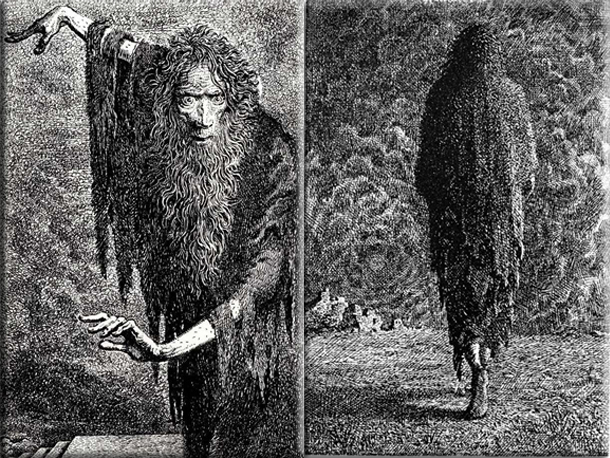 There passed a weary time. Each throat

Was parched, and glazed each eye.

How glazed each weary eye,

When looking westward, I beheld!

A something in the sky.

The ancient Mariner beholdeth a sign in the element afar off.

At first it seemed a little speck,

And then it seemed a mist;

It moved and moved, and took at last

A certain shape, I wist.

And still it neared and neared:

As if it dodged a water-sprite,

It plunged and tacked and veered.

At its nearer approach, it seemeth him to be a ship; and at a dear ransom he freeth his speech from the bonds of thirst.

“When two or more explanations are offered for a phenomenon, the simplest full explanation is preferable.” Named after William of Ockham (ca.1285–1349).”

“And remember, no matter where you go, there you are.” 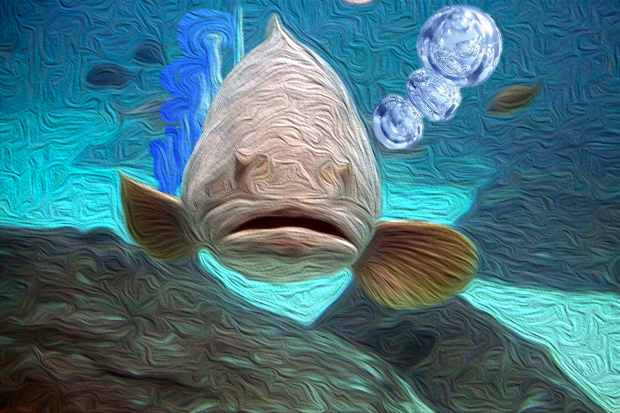 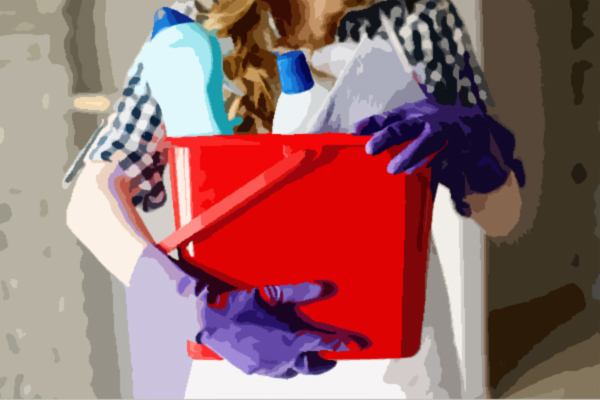 Ugh, chores. It’s hard to truly relax until you have your housework done. Want to know a secret? Cleaning can actually be therapeutic if you know all of the tricks.

Whether you’re a major procrastinator or a certified neatnik, we have some hacks that will save you time and money, on top of making you feel pretty good about yourself and your home.

So don’t call a professional cleaning service just yet - read on and get all the motivation you need to disinfect and declutter without losing your mind.

A video released by Dubai Civil Defense shows a firefighter equipped with a water-powered jetpack soar high above a burning vehicle on an unidentified causeway. Once in position, he’s able to quickly and efficiently extinguish the fire. 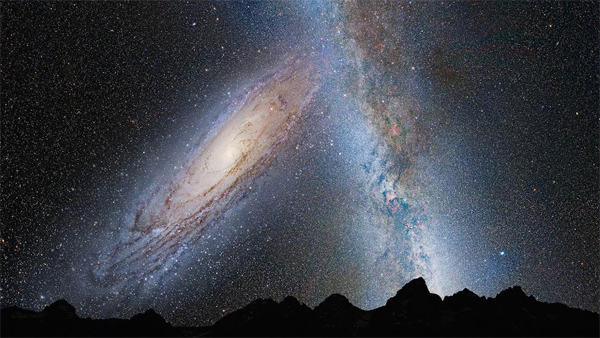 Mr. Answer Man Please Tell Us: If the Universe Is Expanding, What Does It Expand Into?

The universe doesn't have to be expanding into anything in order to expand. I know that sounds ridiculous, so let me give you a different example that is easier to understand.

Imagine that you have a line that goes on forever. On that line, you have a mark every inch. There are an infinite number of inches. Now move each marker so that they are separated by two inches. The whole pattern has expanded. It still goes to infinity, but the markers are further apart. The pattern has expanded, but the length is still infinite.

Now a new example: Suppose you have a long piece of rubber, going all the way to infinity. (That piece of rubber represents the universe.) The rubber has marks on it every inch. Now stretch the rubber, until the markers are two inches apart. It still goes to infinity - but it has expanded.

Physicists think of “space” not as emptiness, but similar to a piece of rubber. (But they don't call it rubber; they call it the “vacuum”. “Particles”, in physics, are just vibrations of the vacuum.) The vacuum can expand, just like the piece of rubber. But because it goes all the way to infinity, it doesn't need more space. A clever way to say it is that “there's lots of room at infinity”. (That's clever, but it doesn't really explain anything.)

Now here is something new that might confuse you, or might help. In the standard physics theory, the galaxies are all getting farther apart; that is the expansion of the universe. Yet in the way the theory describes it (I mean in General Relativity Theory), none of the galaxies are actually moving. All that is happening is that the amount of space (vacuum) in between them is increasing.

No, you will not learn this in school, or even in college (unless you have an extraordinary professor). It is usually taught in graduate school, when you are earning a Ph.D. degree. At that point the language you will encounter is this: “In the Big Bang Theory, all galaxies have fixed coordinates. (That means they are not moving.) The 'expansion' is described by the 'metric tensor,' which describes the distances between those fixed coordinates. In the Big Bang Theory, it is the metric tensor which is changing; that represents the expansion of the universe, even though the galaxies aren't moving. The recent discovery of accelerated expansion means that the rate of expansion is increasing.”

Maybe you've read about the curvature of space. Put a black hole between two unmoving objects, and the distance between them will suddenly increase—even though they haven't moved. So “distance” is not as simple as people thought. It was Einstein who came up with the remarkable idea that “space” (that is, vacuum) is flexible; it can curve and stretch.

I expect you will find this to be very confusing. That's not a bad sign; it is a good one. When you learn new things that are completely different than you ever imagined, then “confusion” is the first step.

Cornell.edu • Library Of Congress • Mental Floss • Phys.org • Quora • Wikipedia • What is the Universe Expanding Into? (YouTube) 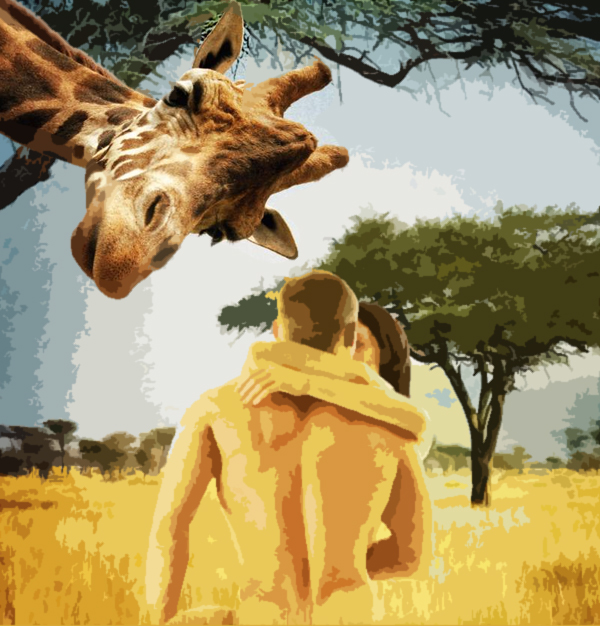 “Beat about the bush:”  Meaning: To avoid the issue.

Origin: In hunting it’s often necessary to beat the underbrush noisily in order to flush animals out into the open.

A timid and unwilling hunter will ‘beat about the bush’, making a show of finding and killing the beast, but not actually doing so.

Noodle: Commonly referred to as a goofy, borderline retarded sailor with a big head (like a meatball) and a small body like a noodle. Sometimes used especially of the sailors from the USS Mathers.

Norfucked: What you are when you get orders to Norfolk, Virginia. “[I/You] just got Norfucked!”. 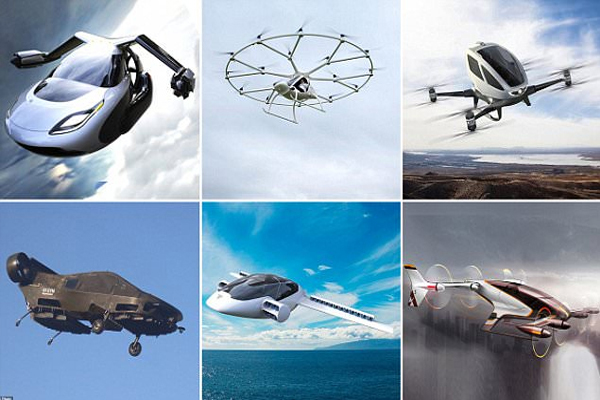 From a drone ambulance to an egg-shaped plane: Meet the contenders for the world's first flying car • Inventor creates remote-controlled CLAWS that give tyres extra grip at the press of a button • NASA study reveals how much radiation REALLY hits you when you travel by plane • The “cosmic origins” periodic table that reveals where every element came from • From fermented rice to mind altering corn beer: Researchers reveal the 9,000 year old history of humans and alcohol Daily Mail 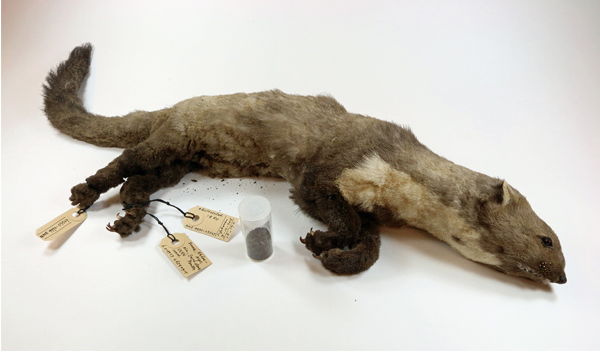 Deceased animals in a range of compromising poses share cautionary stories of times when wildlife interactions with humans turned deadly - for the wildlife - in the unusual exhibit “Dead Animal Tales” at the Natural History Museum Rotterdam (NHMR) in the Netherlands.

Recently, NHMR welcomed a new addition to the exhibit: a stone marten (Martes foina) that met its end Nov. 20, 2016, after it bumbled its way into a substation at the European Organization for Nuclear Research (CERN) in Geneva, Switzerland.

The marten — known as “CERN 'weasel' 2” - jumped a fence and was instantly electrocuted when it encountered an 18,000-volt transformer. The incident interrupted power to part of CERN's particle accelerator, called the Large Hadron Collider (LHC), NHMR representatives said in a statement. (See Photos of Lake Animals 'Turned to Stone') Live Science (01/30/2017) 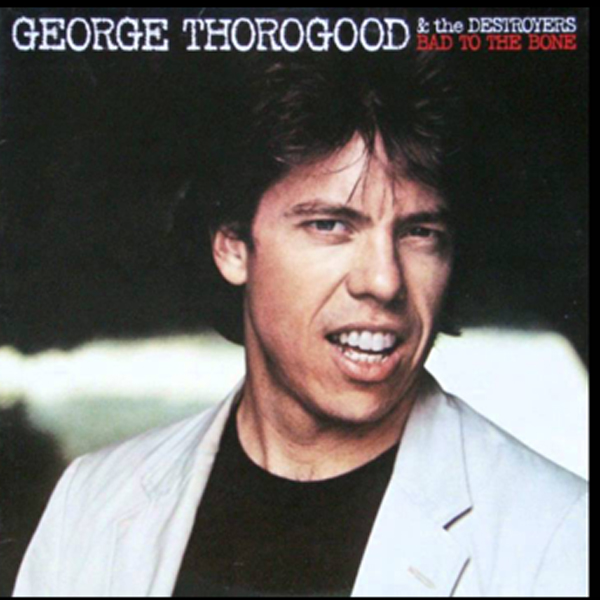 . Thorogood is influenced by The Blues, and Diddley is one of his heroes. Thorogood's version has a much heavier guitar sound, which replaces the harmonica in Diddley's recording. Both songs are full of swagger, with the singers exuding lots of testosterone.

The phrase “Bad To The Bone” means there isn't a bit of good in him. Other songs have been published with that title, but Thorogood popularized it and created a modern Blues classic with this song. Some artists to cover it include The Countdown Singers, Molly Hatchet and The Starlite Singers. Hip-Hop artist Tek did a rap version of the song.

With MTV coming on the air in 1981, Thorogood picked a good time to release a memorable video. The clip showed Thorogood playing pool against Bo Diddley in a place where there was no chance of a dance sequence breaking out.

Pool champion Willie Mosconi also appears in the video, which introduced Thorogood - and to some extent, Diddley - to the younger MTV crowd. Among the British New Wave acts that dominated MTV playlist at the time, Thorogood certainly stood out, and he created an image of a bad man. While Thorogood is a disciple of the Blues, he was raised in a Delaware suburb and by most accounts is actually a pretty nice guy, despite what he claims in this song.

Image: “Bad to the Bone (album)” by George Thorogood 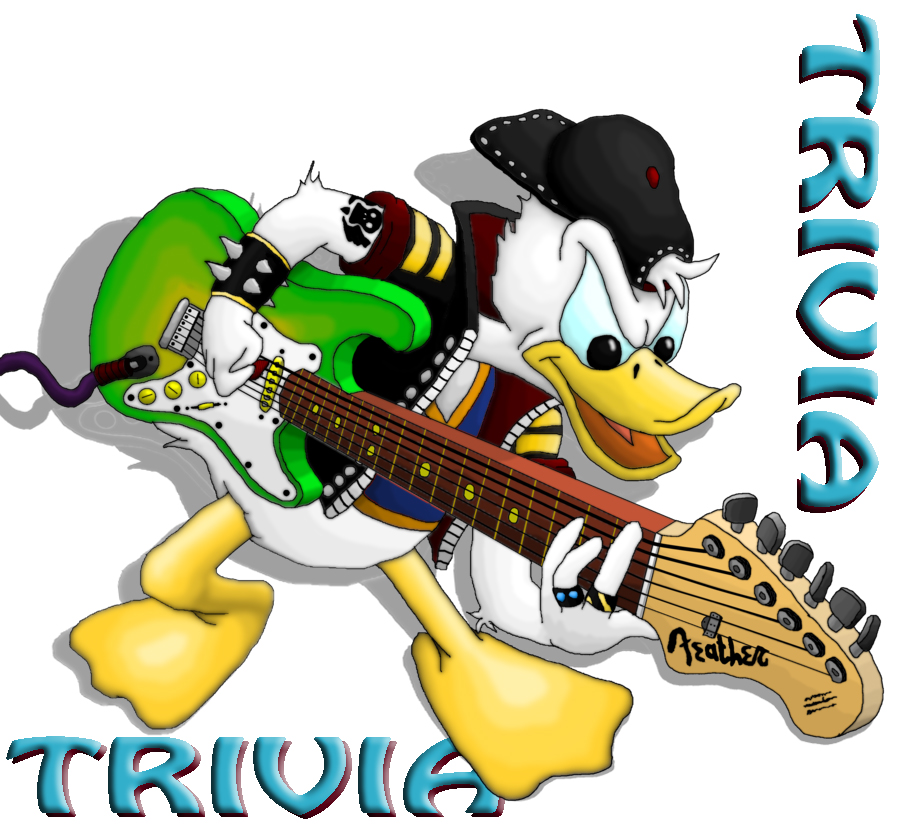 ● The classical design of acoustic guitars as we know them today was created in the 19th century in Spain.

● As a result of its 1866 victory over Austria, Italy first gained control of VENICE for the first time that had formerly belonged to Austria but today is very much a part of Italy.

IT'S INTOXICATING: A tweet in 2016 “fixed the typo” on a can of this beer from “America” to “Belgium”, the actual home of its parent company

● Answer for People Who Do Not Know Everything, or Want to Verify Their Answer Fox News

Most people think these large objects originated in Holland, but actually they began in Persia around 650 A.D. What are they?

The attorney tells the accused, “I have some good news and some bad news.”

Attorney: “The bad news is, your blood is all over the crime scene, and the DNA tests prove you did it.”

He liked horror movies as a child but then he gruesome.