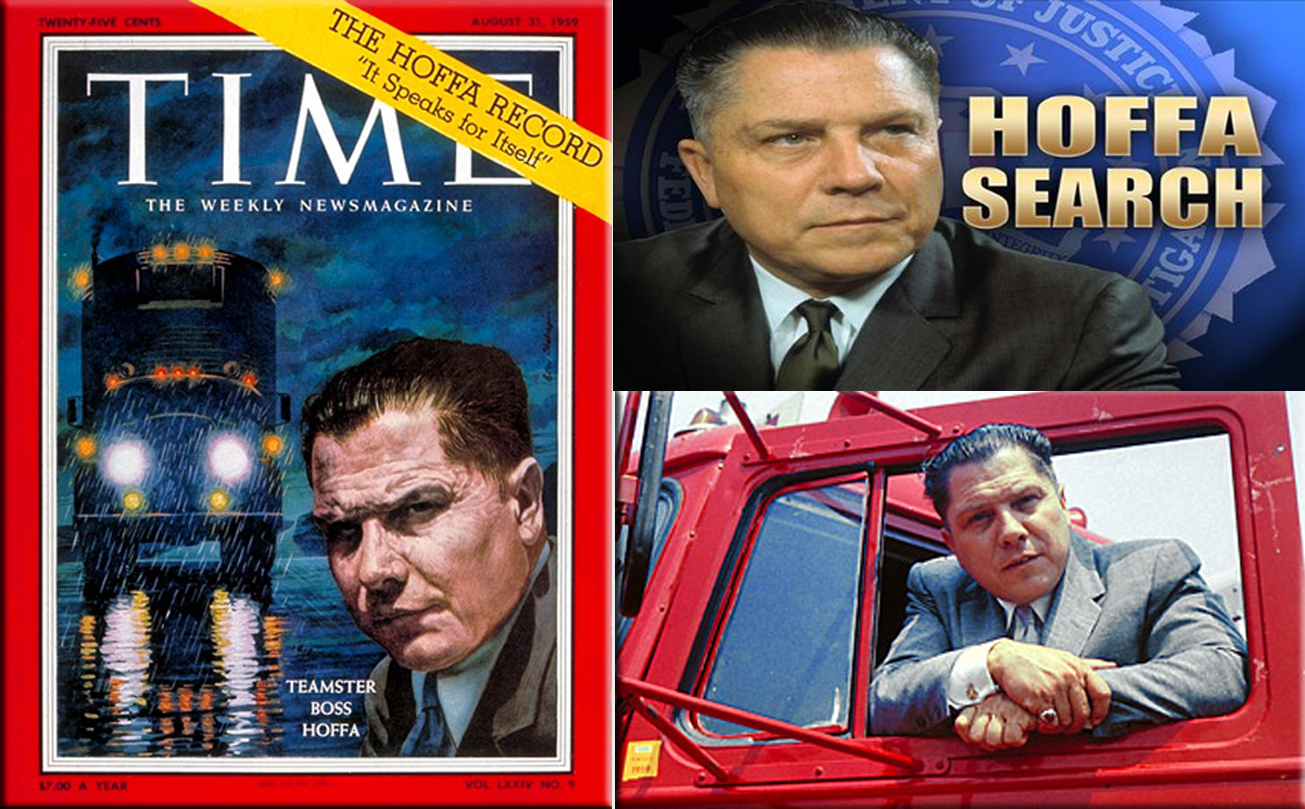 Jimmy Hoffa disappears: On July 31, 1975, James Riddle Hoffa, one of the most influential American labor leaders of the 20th century, disappears in Detroit, Michigan, Michigan, never to be heard from again. Though he is popularly believed to have been the victim of a Mafia hit, conclusive evidence was never found, and Hoffa's death remains shrouded in mystery to this day.

Born in 1913 to a poor coal miner in Brazil, Indiana, Jimmy Hoffa proved a natural leader in his youth. At the age of 20, he helped organize a labor strike in Detroit, and remained an advocate for downtrodden workers for the rest of his life. Hoffa's charisma and talents as a local organizer quickly got him noticed by the Teamsters and carried him upward through its ranks. Then a small but rapidly growing union, the Teamsters organized truckers across the country, and through the use of strikes, boycotts and some more powerful though less legal methods of protest, won contract demands on behalf of workers.

Hoffa became president of the Teamsters in 1957, when its former leader was imprisoned for bribery. As chief, Hoffa was lauded for his tireless work to expand the union, and for his unflagging devotion to even the organization's least powerful members. His caring and approachability were captured in one of the more well-known quotes attributed to him: “You got a problem? Call me. Just pick up the phone.”

Hoffa's dedication to the worker and his electrifying public speeches made him wildly popular, both among his fellow workers and the politicians and businessmen with whom he negotiated. Yet, for all the battles he fought and won on behalf of American drivers, he also had a dark side. In Hoffa's time, many Teamster leaders partnered with the Mafia in racketeering, extortion and embezzlement. Hoffa himself had relationships with high-ranking mobsters, and was the target of several government investigations throughout the 1960s. In 1967, he was convicted of bribery and sentenced to 15 years in prison.

While in jail, Hoffa never ceded his office, and when Richard Nixon commuted his sentence in 1971, he was poised to make a comeback. Released on condition of not participating in union activities for 10 years, Hoffa was planning to fight the restriction in court when he disappeared on July 31, 1975, from the parking lot of a restaurant in Detroit, not far from where he got his start as a labor organizer. Several conspiracy theories have been floated about Hoffa’s disappearance and the location of his remains, but the truth remains unknown. History Channel / Wikipedia / Detroit Free Press 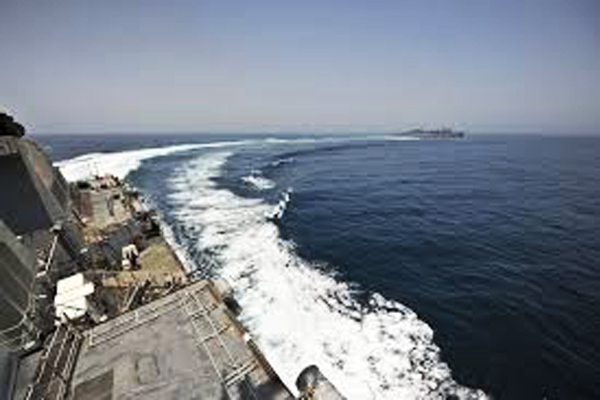 Flank speed is a nautical term referring to a ship's true maximum speed. Usually, flank speed is reserved for situations in which a ship finds itself in imminent danger, such as coming under attack by aircraft. Flank speed is very fuel-inefficient and often unsustainable because of engine overheating issues.

Other speeds include one-third, two-thirds, standard, and full. One-third and two-thirds are the respective fractions of standard speed. Full is greater than standard, but not as great as flank. Emergency may not be any faster than flank, but indicates the ship should be brought up to maximum speed in the shortest possible time.

In surface ship nuclear marine propulsion, the differentiation between full speed and flank speed is of lesser significance, because these machines can be run at or very near their true maximum speed for virtually unlimited periods of time. In US nuclear submarine propulsion, full speed is 50% reactor power. Flank speed is 100% power, although depending upon the specifics of the individual propulsion plant, limits for the propulsion turbine first stage pressure, or limits for reactor thermal power (in MW) may be reached before 100% reactor power is reached. In addition, for flank speed, the reactor's main coolant pumps must also be shifted into fast speed.

I’ve got to stop saying “How stupid can you be?” Too many people are taking it as a challenge.

“At every occasion in your life, do not forget to commune with yourself and ask of yourself how you can profit by it.”

Experience enables you to recognize a mistake when you make it the second time. 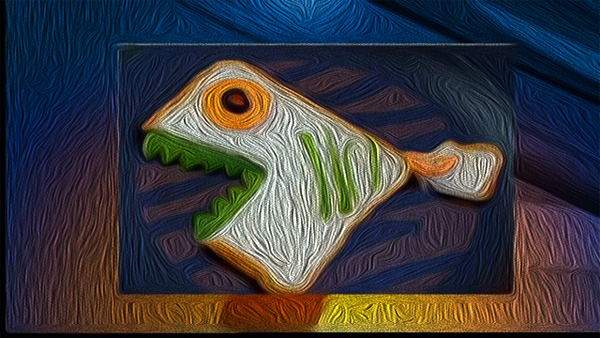 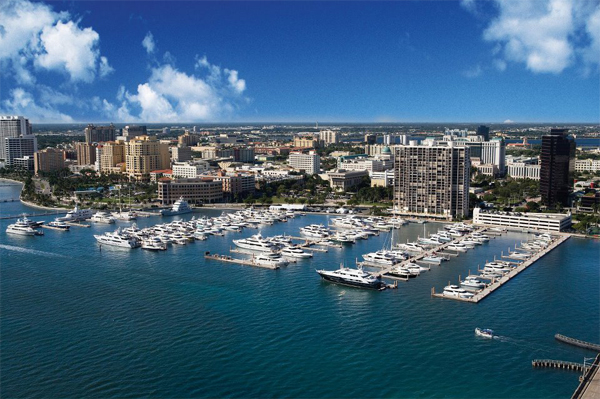 PALM HARBOR, Florida - Paul Stenstrom, 62, lived comfortably in his Palm Harbor, Fla., home from 2002-2014 without paying a penny of his $1,836 monthly mortgage bill, exploiting federal bankruptcy law that forces foreclosing creditors to back off once a debtor files for protection.

Stenstrom and his wife filed 18 separate petitions in that 12-year period, according to an April Tampa Bay Times report, until a judge recently cut them off. The Stenstroms were spotted recently preparing to relocate--but Stenstrom said he was considering buying the Palm Harbor house back (since the price has dropped because of the foreclosure). Tampa Bay Times 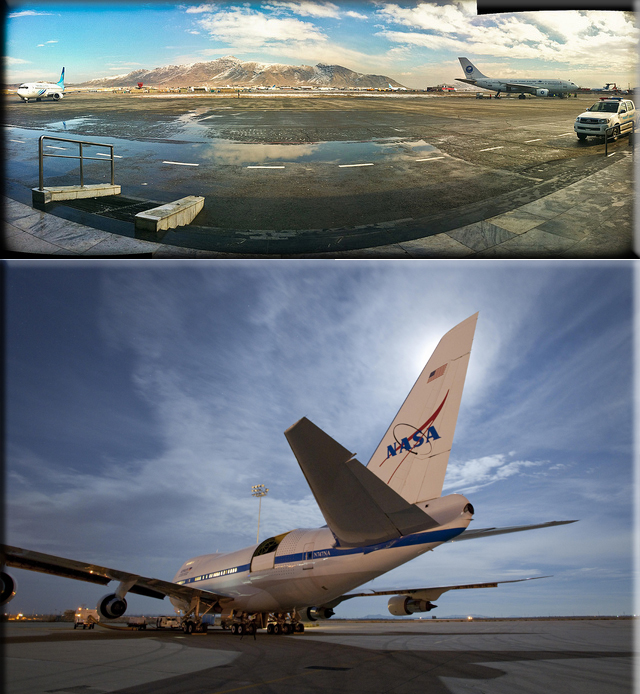 Mr. Answer Man Please Tell Us: Why is the paved runway of the airport called a “Tarmac”?

Hooley Named this new black pavement by the last name of Scotsman John Loudon McAdam, who had developed the use of crushed stone for a firm, dry highway, and prefixing it with “tar”.

Tarmacadam was a mouthful, however, and was soon shortened to Tarmac. Hooley patented Tarmac in 1903. Wikipedia 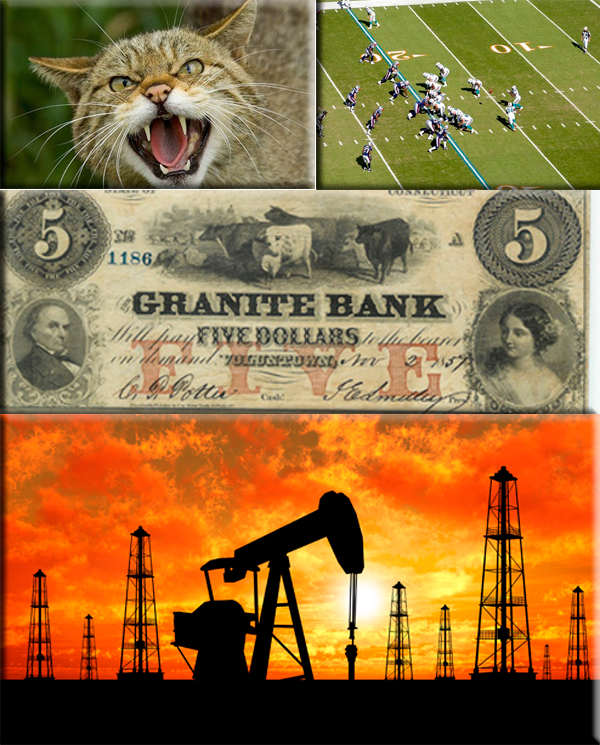 Whether it’s a strike or an oil well, the word wildcat describes anything that is considered risky and has a good chance of failing. It comes from a time before regulations, when state banks like the Bank of Michigan issued their own money. That bank’s notes had a panther on the face and were called “wildcats”. When the bank went down, so did a lot of fortunes. From then on, all high-risk ventures were described as “wildcats”.Wikipedia

The Honch: A nickname for the Honcho bar district right outside the gate of the Yokosuka Naval Base, known to be a generally trashy place.

Honch Ho: A term used to describe female frequenters of the Honch.

Carry On: (aviation) An informal order to continue what you were doing before being interrupted, usually by the appearance of a commissioned or senior officer.

Cat 4: Applicants who scored next to the lowest on the entrance exams. Under normal circumstances they would not be allowed to enlist but during times of war and when recruiting was difficult a number of them were allowed to join. In the 1960’s the Pentagon was forced to accept some social engineering called Project 100,000 in which a great number of Cat 4 enlistees were taken in--the military has yet to recover. For classification purposes the category was further broken down to 4a, 4b or 4c which were defined by recruiters as “animal”, “vegetable”, or “mineral”. 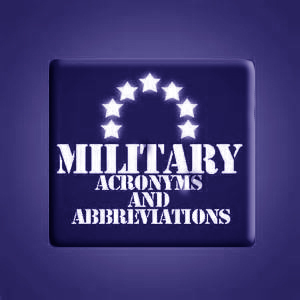 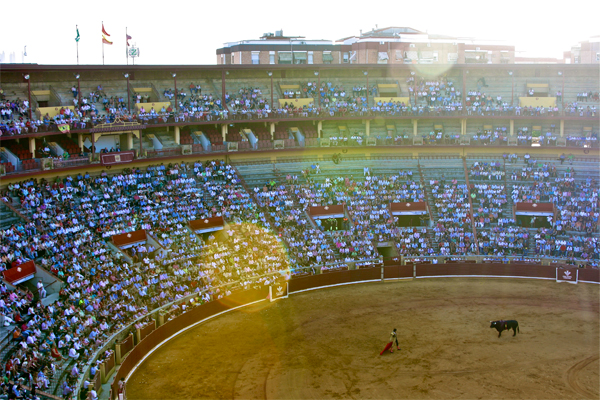 Yale researcher Jose Delgado stood in the hot sun of a bullring in Cordova, Spain. With him in the ring was a large, angry bull. The animal noticed him and began to charge. It gathered speed. Delgado appeared defenseless, but when the bull was mere feet away, Delgado pressed a button on a remote control unit in his hand, sending a signal to a chip implanted in the bull's brain. Abruptly, the animal stopped in its tracks. It huffed and puffed a few times, and then walked docilely away.

Delgado's experience in the ring was an experimental demonstration of the ability of his “stimoceiver” to manipulate behavior. The stimoceiver was a computer chip, operated by a remote-control unit, that could be used to electrically stimulate different regions of an animal's brain. Such stimulation could produce a wide variety of effects, including the involuntary movement of limbs, the eliciting of emotions such as love or rage, or the inhibition of appetite. It could also be used, as Delgado showed, to stop a charging bull.

Delgado's experiment sounds so much like science fiction, that many people are surprised to learn it occurred back in 1963. During the 1970s and 80s, research into electrical stimulation of the brain (ESB) languished, stigmatized by the perception that it represented an effort to control people's minds and thoughts. But more recently, ESB research has once again been flourishing, with reports of researchers creating remote-controlled rats, pigeons, and even sharks. (Museum of Hoaxes) 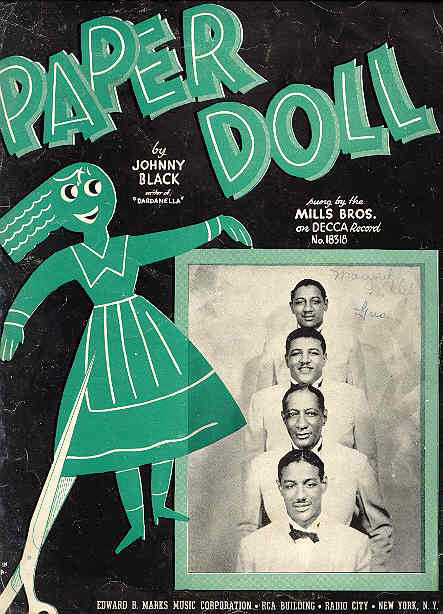 2. My Heart Tells Me - Glen Gray & The Casa Loma Orchestra 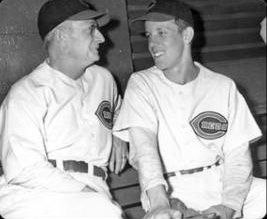 Image: 15-year-old Joe Nuxhall becomes the youngest person ever to play Major League Baseball when he pitches in a game for the Cincinnati Reds. (Nuxhall threw two-thirds of the ninth inning in an 18-0 loss to the St. Louis Cardinals; he was pulled only after one wild pitch and allowing five runs on five walks and two hits. KALW.org) 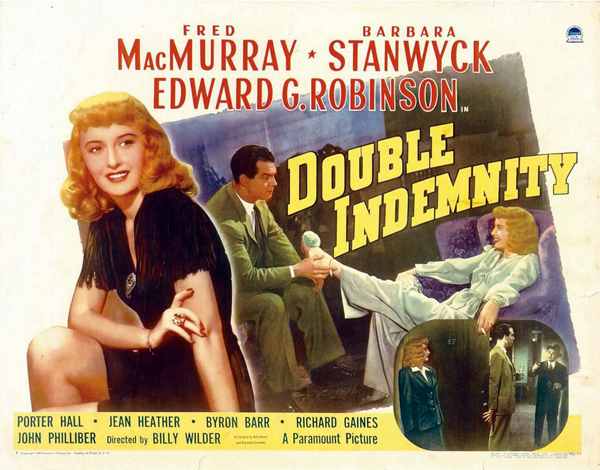 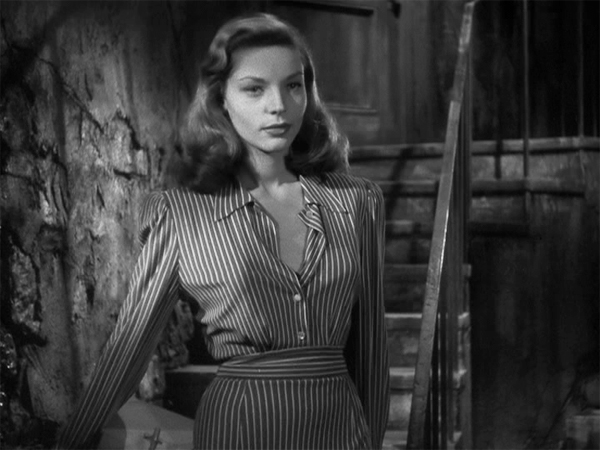 ● “You know how to whistle, don't you, Steve? You just put your lips together and blow”

~ Lauren Bacall” in “To Have and to Have Not”

● “Only you can prevent forest fires”

● California sea otters spend almost all of their time in the water. Alaska sea otters often sleep, groom, and nurse on land.

● A male ballet dancer is referred to as a danseur noble.

● Napoleon's nemesis, the Duke of Wellington, was an accomplished yo-yo player. At that time, the yo-yo was known as a “bandalore”.

What do the distress letters SOS stand for?

Answer: “Day” Although “D-day” has become synonymous with the Allied landing on June 6, 1944, it was used may times before and since. The D in D-day simply stands for “day”, just as the H in H-hour stands for “hour”. Both are commonly used codes for the fixed time when a military operation is scheduled to begin. “D minus thirty” means thirty days before a target date while “D plus fifteen” means fifteen days after. National World War II Museum.org

If it's true that girls are inclined to marry men like their fathers, it is understandable why so many mothers cry so much at weddings.